This morning started out really nicely. There were few pilgrims on the trail, and the day was misty but not rainy. We left Ribadiso just after 7 am. By the time we got to Arzua, that all changed. There were dozens upon dozens of pilgrims leaving Arzua as we went through and so began a day of chaos. 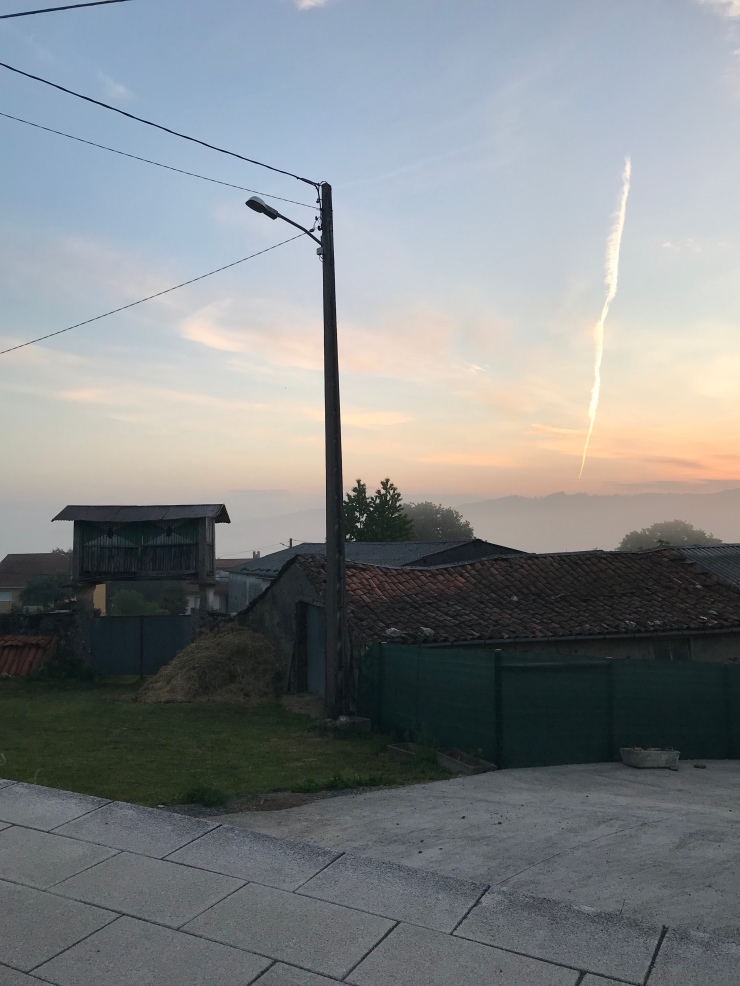 There really is few pictures from this day because crowded trails make for difficult times. It’s hard to stop knowing you may have to try to get around groups of pilgrims again a few kms down the trail. One time I actually hate to sprint (please don’t try to imagine this) past a group of three pilgrims walking in a wall formation, so that they did not run me in to a tree. They laughed and thought it funny that this crazy Canadian with a big pack was running uphill past them. Trail etiquette is so gone….

Passing the bigger groups though, allows you rest time and less crowded trails down the road. We made good time in the morning but by noon, we needed a rest. Our decision was to cancel the albergue we had booked and walk another 10 km passed to shorten the next day in to Santiago. Along the way we passed a beer garden, which was kind of neat. And we met a Spanish professor from New York who was with a group of Spanish minors/majors here for a month learning the culture and history of Spain. They started in Samos to do the last 100 km but listening to them chatter, you would have thought they had walked to the moon and back. Funny how after a month of walking you feel like you’ve gained all this knowledge and experience! 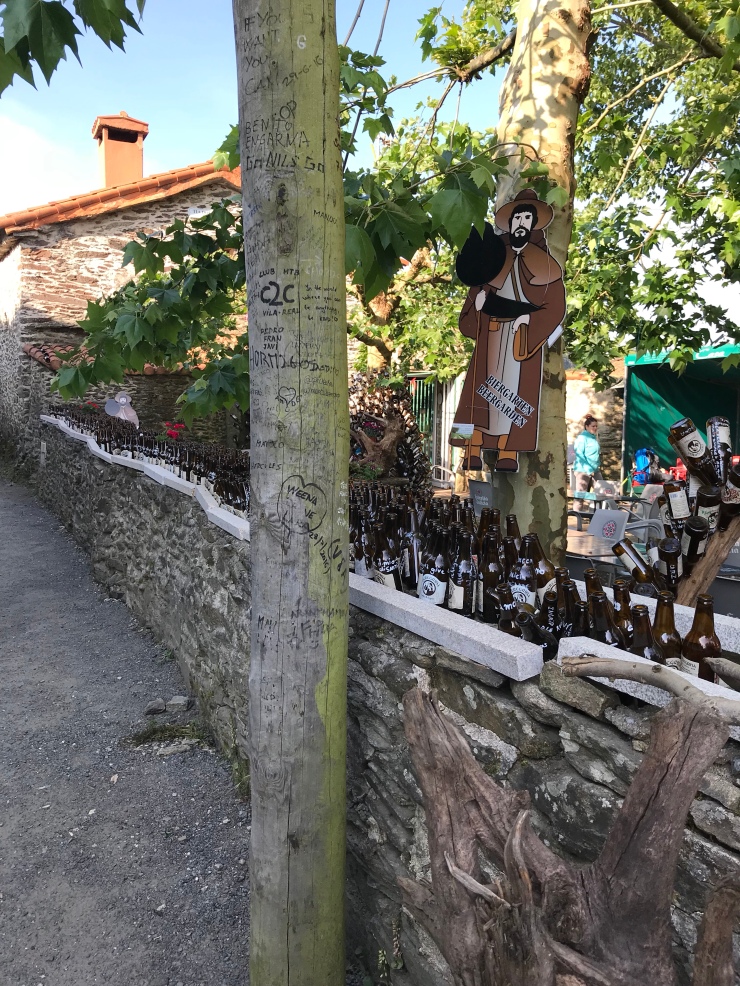 We entered the region of Santiago and passed by the airport. We found a place in Lavacolla and booked a room there. Luckily we got in before the rain came. It was quite strong with lots of thunder and lightning. The host made sure we had our laundry done (coin operated but they were pretty attentive to Ally and I). Otherwise not a super place, but it was the location we wanted. We are now 10 kms from the cathedral. 10. Not 700 or 500 or 200. Just 10. 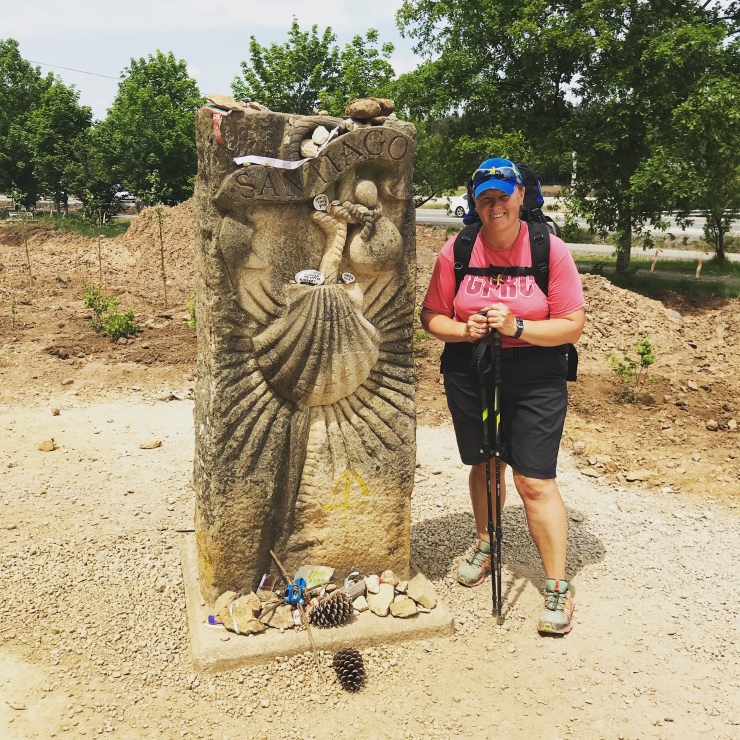